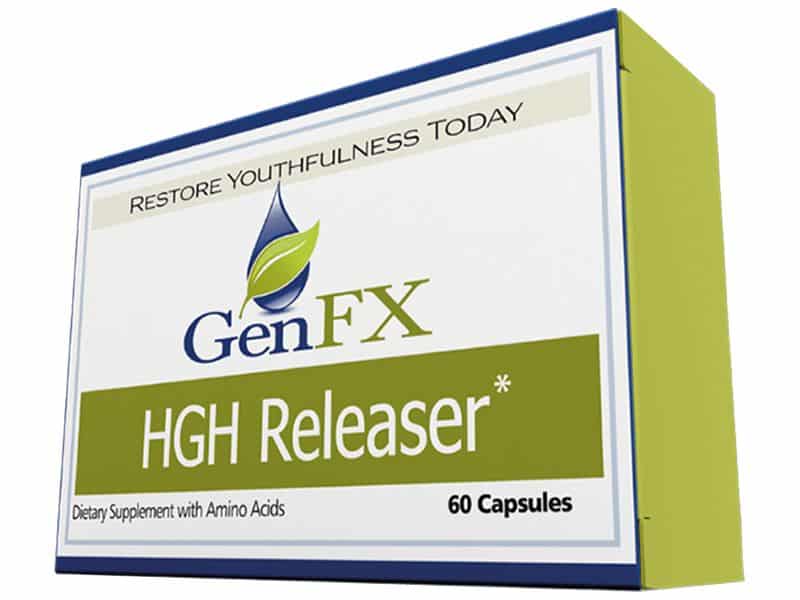 As the boomer population ages, HGH releasers are becoming more and more popular as an alternative to dangerous and expensive injections. This is a massive market of customers who are already aware of the anti-aging benefits HGH offers and are actively seeking out HGH releasers on the Internet.

Muscle building is another popular target market for HGH releasers as bodybuilders and weight lifters continue to look for supplements to give them the edge. And with HGH’s track record of speeding recovery and growth, more and more athletes are turning to GenFX HGH releasers as a legal and cost-effective source of increased HGH!

GenFX is suitable for both men and women aged 21 to 60+ who wish to reverse the effects of aging to enjoy a more youthful appearance, increased energy, weight loss, improved sex drive, and more.

Amino acid supplementation may increase body muscle mass and decrease fat deposits (*Dillon et al. 2009). Regulation of nutrient intake and its effects are varied and complex, but it has been shown that an intake of a balanced mixture of amino acids immediately post exercise has anabolic (muscle building) effects (*Biolo et al 1997).

L-lysine, L-arginine, L-ornithine, L-glycine and L-glutamine
It has been seen that oral intake of L-lysine, L-arginine, and L-ornithine (obtained from L-arginine) can allow athletes to gain muscle mass and strength by increasing growth hormone levels (*Zajac et al. 2010, Chromiak and Antonio 2002). Administration of L-lysine or L-arginine by themselves has proven ineffective, but the combination of equal amounts of lysine and arginine can stimulate growth hormone release from the anterior pituitary (*Isidori et al. 1981). Two other amino acids contained in GenFX, L-glycine and L-glutamine, also play a role in inducing GH secretion in middle-aged and elderly subjects (*Arwert et al. 2003). We have selected these same amino acids, since studies not even investigating the connection between them and HGH have shown them to be an important component to feeling young and healthy.

Of course, we encourage exercise in order to maximize the possibility of obtaining good outcomes, just as the studies show this to be important.

L-Pyroglutamate, or L-pyroglutamic acid, an uncommon amino acid contained in GenFX, has been shown in third party tests to increase cognition by increasing survival of neuronal cells (*Oono et al. 2009). More memory and cognition enhancing effects were shown in studies to be provided by another amino acid constituent, L-tyrosine. L-tyrosine is the substrate for the production of L-Dopa by tyrosine hydroxylase, allowing survival of dopamine signaling neurons.

GenFX™ is formulated to restore natural production of growth hormone, which tends to decrease at roughly 10% each decade after 30. This in part explains, among other things, hair loss (and original color), wrinkles, loss of lean muscle, less energy and failing memory.

GenFX™ is designed to stimulate natural production of growth hormone, back to levels of one’s youth, and the cosmetic, health and wellness benefits to match.

Most clients report an increase in energy and sleeping better within the first 2-3 weeks of using GenFX™, with improvements in appearance, lean muscle mass and skin tone being more prominent after 2 months…

We know from experience that the most dramatic benefits from using GenFX™ occur after 2 months, which is why we offer GenFX™ with a very generous money-back 67 day guarantee.

Consider GenFX™ an investment in your ongoing health and happiness. And stay the course, because your growth hormone levels will again plummet on discontinued use…