It’s The Natural, Non-Surgical Way To Give Yourself A Breast Lift! 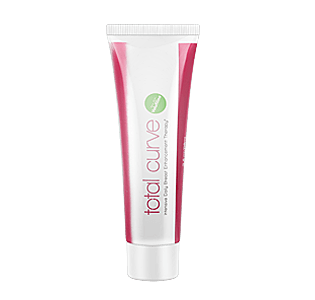 All women must deal with sagging breasts, sooner or later.

No matter how well we take care of ourselves, life combined with the natural aging process takes its toll on our breasts, causing them to lose their supple firmness and begin to sag. Bras and clothes don’t fit as well. You cover up the cleavage you once showed off. And you don’t feel as confident in your own skin.

Some women fight this natural aging process with breast enhancement surgery. But it’s so painful and costly. And there are risks associated with implants, like sliding and leakage – horror stories most women would rather avoid.

That’s why you may be interested to learn about Total Curve™, the 2-Step Daily Breast Enhancement Therapy System, which has been created to give women the confidence that comes with sexy, youthful-looking breasts, without the risks and costs associated with surgery!

The combination of daily supplement plus topical cream uses a sophisticated formulation of herbals and active ingredients proven in clinical trials to give you a natural breast lift, starting from the INSIDE OUT!

Buckwheat Leaves/Flowers
First cultivated in China in the 10th century, recent medical studies have demonstrated the far-reaching potential health benefits of buckwheat, including protection against heart disease, a lowered risk of diabetes, and gall stone prevention.

But buckwheat contains rutin, an antioxidant that strengthens the capillaries and improves circulation, as well as bioflavonoids, which support collagen production, both potentially beneficial in improving breast size and shape.

Fennel Seed
Fennel contains potent – but safe – phytoestrogens which have a balancing effect on female hormones, making it useful in treating conditions such as PMS, menstrual irregularities, and the symptoms of menopause.

These same phytoestrogens can play a role in improving the milk supply of breast-feeding mothers, and promoting the growth of breast tissue.

Recognized by the ancient Greeks for its strong medicinal properties, fennel is used to treat illnesses ranging from gastroenteritis to bronchitis, colic to hypertension.

Dong Quai Root
Also known as the female ginseng, Dong Quai is believed to promote the production of progesterone, another female hormone linked to breast development.

Used in traditional Chinese medicine for over 1,000 years, Dong Quai, like ginseng, can enhance blood circulation and promote a healthy sex life, and is helpful in treating gynecological ailments, fatigue, mild anemia, and high blood pressure.

Damiana Leaf
Damiana has been used for centuries as a sexual stimulant for both men and women, to treat stress, depression, and anxiety, and for general hormone balancing.

Studies indicate that Damiana is among the six medicinal herbs with the highest progesterone-binding properties, making it useful in the production of milk and breast tissue.

Blessed Thistle
Used in traditional medicines throughout Europe, India, China, Russia, and Africa, Blessed Thistle can be used to relieve painful periods, menstrual headaches, and the symptoms of menopause.

Like Damiana, Blessed Thistle is an effective hormone balancer that can be used to increase milk production, and helps repair damaged collagen and elastin.

Hops
Another natural phytoestrogen producer, hops has long been used in the area of woman’s health, to promote lactation and breast development in women.

Hops is best known as the bitter ingredient in beer, but it also has a long history of herbal healing. Ancient Greek and Roman physicians recommended it as a digestive aid, and Chinese herbalists turned to it to treat tuberculosis and dysentery.

Watercress Leaves/Shoots
A recent study, conducted by the University of Southampton, found that watercress can be instrumental in women’s breast health.

This fast-growing aquatic plant is a member of the cabbage family, and it’s one of the oldest known vegetables to be consumed by humans. Gout, acne, anemia, arthritis, asthma, poor circulation, and emphysema are just a few of the many conditions that can be treated with watercress.

Black Cohosh Root
Because it produces powerful phytoestrogens, Black Cohosh is used to treat many female health concerns – including PMS, menstrual cramps, and symptoms of menopause.

It can help alleviate or diminish many symptoms associated with a lack of estrogen.

Black Cohosh is a wildflower related to the buttercup, and has been used by generations of Native Americans to treat numerous ailments, including arthritis, fever, and rheumatism.

Wild Yam Root
Wild yam produces a phytoestrogen called diosgenin, which makes it a natural alternative to hormone replacement therapy in treating the symptoms of menopause.

It is also used to treat vaginal dryness, PMS, menstrual cramps, and osteoporosis, to increase energy and sexual drive in men and women, and for breast enlargement.

Volufiline™
Developed by a leading team of scientists, and subjected to a rigorous program of laboratory and human testing, Volufiline™, the foundation ingredient of the Total Curve™ Gel, has been shown to increase the volume of adipose tissue in the breast by up to 8.4%…

… For a noticeable, measurable increase in the overall breast volume!

Volufiline™ contains sarsasapogenin, which stimulate lipogenesis – which simply means it interacts with the fatty tissue in the breast, causing the fat cells to grow in quantity and volume for fuller, firmer looking breasts.

Aloe Vera Extract
While the Aloe Vera plant is most commonly known for its ability to heal burns, it also has many excellent anti-aging properties. It penetrates the skin quickly, nourishing and regenerating the cells, while healing the internal tissue damage.

First, it’s essential for the synthesis of collagen, a key structural protein of the skin.

Second, Vitamin C is an antioxidant and can help reduce skin damage caused by free radicals. When delivered to skin cells, it can reduce wrinkles and improve skin texture.

More than just a cream or another daily vitamin, Total Curve™ is a complete breast enhancement therapy program that works both internally and externally to help tone and reshape your breasts for a more youthful appearance.

And apply the Lifting & Firming Gel as part of your morning and bedtime routine. Massage a thin layer into each breast, including the underside, using a gentle circular motion.

Expect to see results within 60 days but plan to continue using Total Curve™ for at least 90 days to see the FULL results.

And remember… Just like taking a daily multi-vitamin, you will only continue experiencing the benefits of Total Curve™ for as long as you’re using the system.

The science behind Total Curve™ triple-action system is most simply explained like this:

The Daily Supplement works from the *inside* using a series of natural phytoestrogens that safely mimic estrogen to produce a mastogenic effect, similar to the breast swelling many women may have experienced during pregnancy or the week leading up to their menstrual cycle.

It’s perfectly safe… and produces a noticeable increase in breast volume and firmness.

The Lifting & Firming Gel with Volufiline™ works by naturally increasing the fatty tissue in the breast area for a noticeable increase in breast volume. Again, this is considered very safe given that your breast is *already* made up almost entirely of mammary glands and fatty tissue!

… All of which has the cumulative effect of increasing the overall volume, curves, and firmness of your breasts.

Every woman is different, but generally speaking you should expect to begin noticing results approximately 28 days after beginning the Total Curve™ System.

Expect to see more significant results by day 56… with the BEST results visible by day 90.

Remember, though, just like taking a daily multi-vitamin, you will only continue to experience the cumulative benefits of Total Curve™ if you continue using the system.

Total Curve™ is not intended for women who seek the kind of instant and dramatic results you can achieve with more intrusive procedures, like breast augmentation surgery.

Rather, Total Curve™ is for women who would like to “turn back the clock,” and correct the sagging and other issues brought on by childbirth, breastfeeding, gravity, and time.

Every woman is different… so it’s difficult to predict what results you will experience.

However, please note that your purchase is backed by our NO-RISK Moneyback Guarantee. Try it for 60 days and if you’re not thrilled with the results, return it for a complete refund minus shipping & handling.

There are no known side effects. However, it does contain a few herbals that are NOT recommended for pregnant or breast feeding women.

If you’re concerned about potential health risks or conflicts with other medications you may be taking, please speak with your doctor

Total Curve™ is a natural supplement, made with the finest quality ingredients using safety standards as stringent as those for pharmaceuticals!

Your safety and results are our #1 priority. Ethically, we simply can’t imagine running our business any other way! However, if you have specific concerns about using Total Curve™, then don’t hesitate to speak with your doctor.

No. The active ingredient in Total Curve™ that leads to an increase in fatty tissue is Volufiline™, which appears in the Lifting & Firming Gel that’s massaged into the breasts only.

No other tissue is exposed. The oral supplement should not cause you to gain weight.